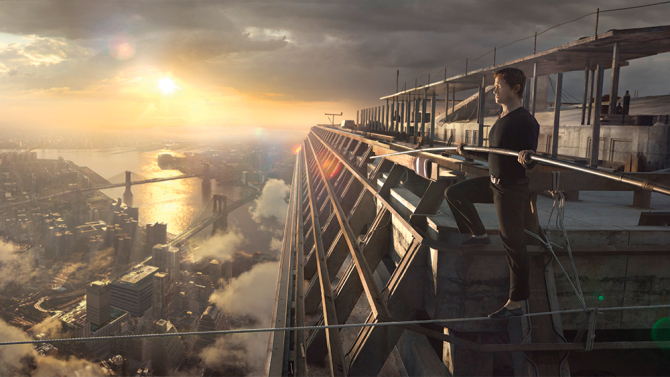 Entertainment technology has shrunk time and space over the centuries, preserving performances for posterity and allowing them to be seen far away from the performance venue. The next generation of tech promises to deliver to audiences ever-more-lifelike screen images, to give filmmakers and shutterbugs alike more flexibility at less cost, to take audiences to places they could never go — and even to change the way audiences perceive reality in real time.

What is it?
A three-dimensional environment the user can experience and interact with through a specialized headset and controller.

Why is it important?
Virtual reality could be the next big thing, especially in videogames. It creates a much more immersive environment than playing on a two dimensional screen. Other entertainment industries are also exploring how to capitalize on the technology, bringing customers into worlds they create.

Who’s doing it?
Facebook-owned Oculus is making both a PC-centric headset (the Rift) and a mobile one in conjunction with Samsung (Gear VR). Sony, meanwhile, is at work on a headset for the PlayStation 4.  Valve Software and HTC are working on Vive.

What is it?
Technology that superimposes computer generated images on top of real world objects.

Why is it important?
Imagine being able to build a Minecraft creation on a table, rather than a screen. Or attending an NFL game and seeing markers like the yellow first down line. AR lets tech companies extend the entertainment experience beyond typical arenas.

Who’s doing it?
Microsoft’s HoloLens project is the most high-profile AR project at present, but Intel has been actively investing in the field since 2013, acquiring several companies. And Google continues to explore the area. Apple is also reportedly developing an AR headset, according to an analyst, and has hired away a Microsoft engineer.

What is it?
A richer visual experience providing greater contrast — with bolder highlights, brighter colors and a more lifelike image.

Why is it important?
4K TV may take off, but you have to be very close to the screen, or watching a huge TV, to notice the difference. HDR screens are brighter and offer crisper images. The improvement in image has been compared to the shift from standard definition to HD.

Who’s doing it?
Dolby and Technicolor are both working on HDR transmission formats, with Sony the latest to sign on to Dolby’s solution. Sharp, Samsung and Vizio are incorporating the technology into their sets. Dolby is also rolling out HDR movie projectors, bringing the picture upgrade
to cinemas.

What is it?
Utilizing cloud computing, with its near limitless power,  to create high-resolution images in little to no time.

Why is it important?
Budget constraints have always kept independent filmmakers from offering effects on par with big studios. Cloud rendering can level the playing field.Major studios could cut visual effects costs as well once computing horsepower becomes a service. The technology can also be used to render extremely complex game images on mobile devices that lack onboard computing power.

Who’s doing it?
Atomic Fiction’s Conductor is leading the charge in visual effects; it helped with the visual effects for Robert Zemeckis’s “The Walk” (pictured). Microsoft is focusing on the videogame applications.

What is it?
While traditional photography captures the color and intensity of light, light-field devices also capture the direction of photons. That allows the photographer to shoot first and choose focus, aperture and other settings later.

Why is it important?It could significantly reduce the cost of film shoots. Rather than requiring multiple camera assistants to do different focus pulls, the camera can capture them all at once. Additionally, with true light-field video, audiences will some day be able to move around and through recorded scenes going beyond Virtual Reality.

Who’s doing it?
Otoy and Lytro both offer light-field capture devices. And graphics company nVidia is researching the field as well.