The state of cloud computing: 10 things you need to know 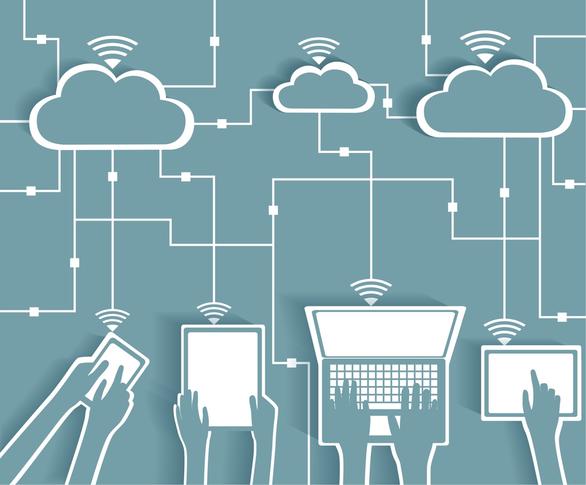 From shared documents to smartphone data backups, the cloud touches many of the technological aspects of our daily lives.

Once merely a novelty, the cloud has become a productivity tool that is helping individuals and organizations to truly get work done more efficiently. While not right for every business, cloud computing has certainly proven its value.

As the cloud industry has matured, many things have changed from its early days. Here are ten things you need to know about cloud computing and its capabilities.

1. The size of the market

According to a report by Global Industry Analysts, Inc., the global market for cloud computing services will reach $127 Billion by the year 2017. Centaur Partners projects that the software-as-a-service (SaaS) market itself will grow to $32.8 billion in revenue in 2016, up from only $13.5 billion in 2011.

One of the key factors in the growth of cloud is the way it has changed licensing and delivery models for many key enterprise tools. SaaS is, of course, the most well-known as it has affected nearly every major piece of software in business today. However, cloud has also changed other tools and services. Platform as a service (PaaS), infrastructure as a service (IaaS), and database as a service (DBaaS) are some examples of cloud-based deployment models in the enterprise.

IaaS has become one of the most popular methods for deploying new infrastructure within an organization. Research firm Gartner says that global IaaS spending will grow 32.8% in 2015, putting it at $16.5 billion by the end of the year. According to Ovum, more than 80% of enterprises will be using an IaaS product by 2016. Additionally, IaaS workloads are growing as well. This is changing the competitive landscape for IaaS providers and Gartner advises companies to be cautious when choosing a vendor.

A hybrid cloud strategy refers to the use of both public and private clouds within an organization. According to the 2015 State of the Cloud Surveyconducted by RightScale, 55% of enterprises are planning for hybrid cloud deployments. Even among those that are using public or private exclusively, many will be deploying multiple clouds. The survey also said that 13% were planning on multiple and public clouds and 14% were planning on multiple private clouds.

5. Cloud is shaking up enterprise IT

6. SMAC stack is alive and well

A technology stack that includes foci on social, mobile, analytics, and cloud is commonly referred to as SMAC. IDG’s 2015 State of the Network study found that IT focus on SMAC continues to grow steadily, with 53% of survey respondents predicting an increase in budget allocation for SMAC, which will in turn drive cloud spending.

7. Cost savings and time to market are driving adoption

There are numerous reasons why any one organization would adopt cloud products or services, but there are some trends as to why it has become so widespread. In 451 Research’s Voice of the Enterprise Cloud report, money and time were the top two factors that led to cloud adoption. Forty four percent of respondents in the initial production category listed “Cost Savings” as a key factor for a business use case, while 41% in the same category listed “Time to Market.”

RightScale’s 2015 State of the Cloud Survey had 93% of its respondents claim they were adopting cloud. Of those respondents, 88% are using public cloud, 63% are using private cloud, and 58% are using both. The survey also said public cloud workloads are expected to grow more quickly than their private counterparts.

Contact us today at Advanced Office Systems to learn more about our Cloud Computing services. We can help your business. (800) 452-0897